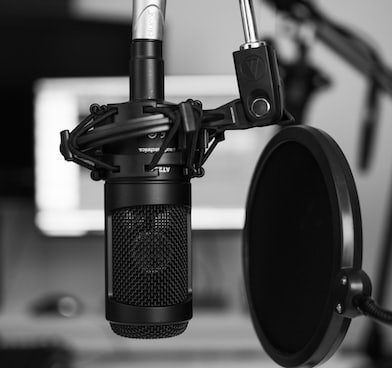 Welcome to The Future Labs, a Podcast series talking to people building the future, today. We speak to experts around the globe about their role in changing the world for the better. In this episode we are exploring The Future of Meat, and how its production may be moving away from the farm and into the lab. We are speaking to Mark Post, CSO of Mosa Meat, a pioneer in this field who is famous for creating the first “Lab-grown burger” in 2013.

Why do we need an alternative source of meat?
Global meat consumption has more than doubled over the past 50 years, in part due to overall population growth but also driven by increasing per capita consumption of meat in middle-income countries (Godfray et al., 2018). Forecasts suggest that meat consumption would need to rise a further 70-100% by 2050 to meet demand, requiring a growth in production that experts consider to be unsustainable (Tilman et al., 2011).

The production of meat from livestock is associated with a huge drain on resources such as fresh water and animal feed, as well as producing large quantities of greenhouse gases. The widespread use of antibiotics in livestock farming is also credited with growing antibiotic resistance more broadly and poses a major concern to epidemiologists. There is also a lot more awareness of and interest in animal welfare in agriculture that will continue to influence farming practices.

What is clean meat?
All of the above forces combined have inspired scientists to explore alternatives to meat that not only provide equivalent nutritional benefit but also sate consumers’ appetite for meat. This has spawned an emerging industry focused on developing “clean meat”, which is also referred to as “cultured meat”, “lab-grown meat”, “slaughter-free meat”, “cellular meat”, “ethical meat”, “synthetic meat” and other similar terms.

Mark Post is the Chief Scientific Officer of Mosa Meat, a biotech focused on developing and scaling up a clean meat product for commercial distribution. He is also Professor of Vascular Physiology at Maastricht University (Netherlands). He was originally involved in tissue engineering for medical use and was researching grafts for bypass surgery, but became interested in applications for meat production after meeting Willem Van Eelen, a Dutch Entrepreneur with a fascination for lab-grown meat. What got Mark interested was the huge societal impact this innovation could have, potentially even greater than medical applications of similar technology. Mark got involved with the government funded Dutch Cultured Meat Project in 2008, and in the following years (with support from Google Founder Sergey Brin’s Family Foundation) he developed the world’s first proof of concept for cultured meat in 2013 – a lab-grown beef burger.

The first lab-grown burger was formed of c.20,000 muscle strands grown from muscle cells taken from cows in a minor procedure performed under anesthesia. A single sample from a cow is enough to produce up to 80,000 quarter pounder patties. Mark describes the composition of the burger as “actually pretty boring as it’s just meat, it’s the same tissue but made in a slightly different way. So we take the cells out of the cow and we let them do whatever they were doing in the cow, but now out of the cow, so you can make it more efficient and more sustainable. But in the end it’s the same tissue that’s produced.” In addition to growing the cells and muscle strands, Mark’s team developed and optimized the medium and environment to ensure that they matured correctly. One issue is that muscle strands typically require contraction to mature properly, so the team wrapped the strands around gel cylinders in a ring that could then contract.

Mosa Meat has decided to focus initially on beef due to its popularity, the progress already made with the initial burger, and because of its disproportionate drain on global resources and contribution to greenhouse gases.

How much does clean meat cost?
Generating this first burger was a very time-consuming and labour-intensive process. It is estimated that this first burger cost $330,000, when including the labor costs of all the scientists and technicians involved. Mosa Meats is currently scaling up their manufacturing processes to bring costs down to a commercially viable level. They estimate that they will have a commercial product on the market in the next 3-4 years, focusing initially on “soft” meats like the original burger. They expect that the initial product coming to market will be at a premium to traditional meat and will be sold through specialty stores, but ultimately the aim is to get the price close enough so that it can be sold in mainstream supermarkets.

Other “cuts” of meat are more challenging, for example, it is theoretically possible to generate a Filet Mignon Steak using similar approaches to medical tissue engineering to produce a structured organ, but this is much further from the market and companies like Mosa Meat are going after the low hanging fruit of soft tissue first.

What does the public think of clean meat?
Getting a product to market is not the same thing as getting people to buy it. Mark acknowledges that a lot of work is required to educate and entice consumers into trying clean meat. An online survey of US consumers revealed that the biggest concerns are around the price, taste, and “unnaturalness” of clean meat and although two-thirds of those surveyed are willing to try it, less than a third expect it to become part of their regular diet (Wilks and Phillips, 2017). Mark notes that around 50% of people they survey are open to clean meat and accept the arguments for why switching from livestock makes sense, even if they have some hesitations about switching to it in practice.

Feedback on Mosa Meat’s original burger was that it successfully recreated the structure and texture of the muscle but lacked moisture and flavour that typically comes from fat content (which was missing in the original burger). Mark reveals that Mosa Meats are working on this: “it was recognised as meat, but it was not perfect as it had no fat in it. We’re trying to produce fat tissue to complement the structure we had in 2013.” Engineering meat from scratch also provides other opportunities such as optimising taste or creating new textures, but Mark notes that Mosa is “more interested in creating a product that we recognise but healthier, for example with less saturated fatty acids.” They are aiming to be as similar to traditional meat as possible to attract consumers looking for a healthier and more sustainable alternative.

Other companies such as Impossible Burger and Beyond Meat are developing plant-based meat alternatives that may compete with clean meat. These approaches may be preferred by vegetarians or vegans as no animals are involved in their production. Although these could potentially be competitors to clean meat, Mark sees this as part of the bigger movement away from livestock and welcomes more options for consumers to choose from: “The way I look at our food system is that it gets increasingly sophisticated, not more limited in choice but expanding our choices and this will happen with plant based substitutes that admittedly get better and better … I tend to want to leave this choice [between plant-based meat and lab-grown meat] to the consumers and what is most successful in 20 years may be different to what is most successful in 45 years”.

How will clean meat be labelled? The labelling and regulatory handling of clean meat is an ongoing debate, but companies in this space typically promote a view that clean meat should just be considered “meat” as they see the process by which it is generated as less important than the composition of the final product. Mark draws parallels between this and how Salmon farming has evolved: “Most salmon today is cultured, not as [Mosa Meat] cultures, but in a somewhat artificial farming system as opposed to wild salmon … Today cultured salmon is no longer marketed as “cultured salmon” but wild salmon is marketed as “wild salmon”.

How will this change the agricultural industry?
If clean meat gains momentum and successfully competes with traditional meat then there are likely to be large structural changes to the agricultural industry. Mark notes that “Livestock accounts for about 70% of agricultural capacity so reducing this by 70-80% would have a huge impact on the landscape.” The shift to lab-grown meat would free up a lot of land currently used as pasture, which could be repurposed for arable farming or other uses. The value chain of the industry would dramatically change, with no need for slaughterhouses, and feed manufacturers would need to shift from providing feed for livestock to providing “feed” for cell culture. Mark notes that there’s no need to panic in the near term as these changes “happen over decades, not overnight”.

How would clean meat affect our culture?
The other aspect that is often overlooked is the cultural value of meat and its link to our hunting instincts. If meat is simply grown without the need to cull animals, our relationship with meat could also shift significantly. Interestingly, Mark believes that the emergence of clean meat could lead to plant-based food forming a larger part of our diet as we move away from a cultural norm of relying on meat as a regular source of nutrients.

Final thoughts
The technology behind clean meat is improving rapidly and the hope is that affordable options will be commercially available over the next few years. As the public gets more exposure to the concept, the hope is that attitudes will change and mature, welcoming a valuable alternative to traditional meat. Acceptance of clean meat should drive further economies of scale and provide further resources to companies like Mosa Meat to engineer new products, potentially with enhanced nutritional composition. While it’s impossible to predict what the world will be eating in 20 years time, the interesting progress being made by companies like Mosa Meat is supportive of a view of the future in which at least some of our weekly diet is derived from new alternatives to traditional meat.We would love to hear your thoughts on The Future of Meat – please share your thoughts and questions in the comments below.

Mark describes the composition of the burger as “actually pretty boring as it’s just meat, it’s the same tissue but made in a slightly different way. So we take the cells out of the cow and we let them do whatever they were doing in the cow, but now out of the cow, so you can make it more efficient and more sustainable. But in the end it’s the same tissue that’s produced.”

The value chain of the industry would dramatically change, with no need for slaughterhouses, and feed manufacturers would need to shift from providing feed for livestock to providing “feed” for cell culture.